← more from
Trouble In Mind Records 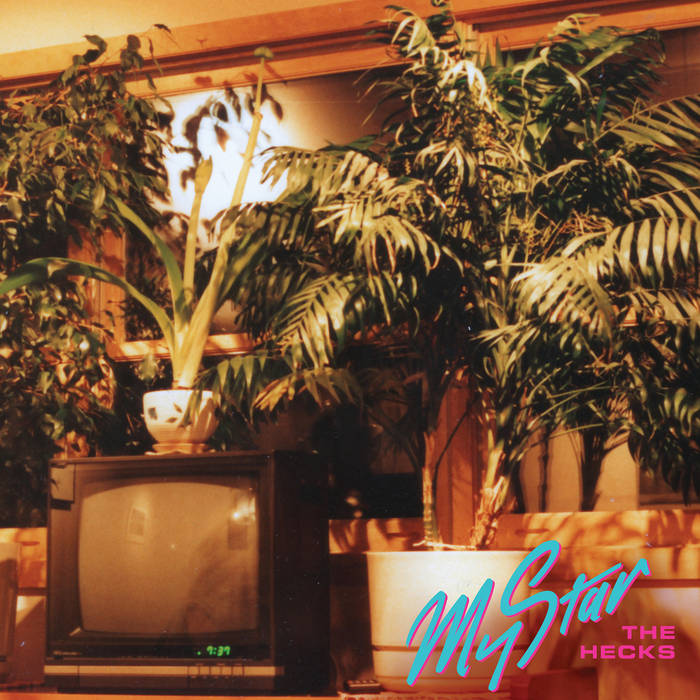 criticaljams Hard to pick a favorite track! This album is a stunner, a razor-pop post-punk classic instantly. I don't love every track, but I admire all of them — I like that they're making polarizing choices while chasing the hook the whole time. Respect. Favorite track: Chopper.

Jimbles Cant stop dancing to this track in my head! Favorite track: Flash.

mw Imagine a modern DEVO, but even better musicianship. Every track is great. But you’ll get the idea from the first 3 seconds of Zipper Favorite track: Zipper.

eraseher_ Witnessing this track performed live is truly something else. Favorite track: The King Is Close.

Chicago quartet The Hecks have been at it since 2012, starting out as the duo of guitarist Andy Mosiman & Zach Hebert. The band drafted guitarist Dave Vettraino into the fold, a recording engineer who was recording the band's s/t debut (Trouble In Mind, 2016) & ended up joining the band shortly thereafter. The band's journey to the end result of "My Star" - their second album - has taken them nearly three years.

After recording an initial version of the album in 2017, The Hecks started gigging with new fourth member & keyboardist Jeff Graupner, whose synthesized squiggles added some welcome heft & swagger to the band's tunes. After reworking & rearranging much of the new material to integrate Graupner, the band scrapped the recordings & rebuilt them from the ground up, incorporating Graupner's skills at the keys. The results speak for themselves, as "My Star" is a gigantic leap forward for the band, absorbing everything from "Manscape"-era Wire to Paisley Park nu-funk to abstract new wave & art rock plucked straight from the Cold Storage playbook. Much of "My Star"s ten tracks are designed to bewilder; the production is intentionally disorienting, with the mix tipped toward the treble, alternating from sparse to confoundingly dense at times, but never at a disservice to the songs themselves. Opener "Zipper"s intertwining guitar jabs & synth lines herk & jerk so rapidly it's liable to break your neck, while lead track "So 4 Real"s neon-laced dayglo soul ratchets up the mutant funk throb so tightly that the lilting, melodic guitar break at the chorus is a welcome dose of ear-candy. "Heat Wave" dials it back, reveling in romantic washes of synth and flange & its yearning refrain of "It's tearing me apart, ripping out my heart again"; a captivating, slow burning ballad unlike anything the band has done before. Meanwhile album closer (and title track) "My Star" is so cinematic, it feels like the lost end credits scene to a heartfelt teen drama, with its end coda taking up the bulk of the song's near-eight minute run time. "My Star" is designed to move you and make you move, you just have to let it.

Bandcamp Daily  your guide to the world of Bandcamp

Featuring appearances from Kari Faux, Bluestaeb and and interview with NY-bred artist Wiki